Food As Medicine? The evidence is building… 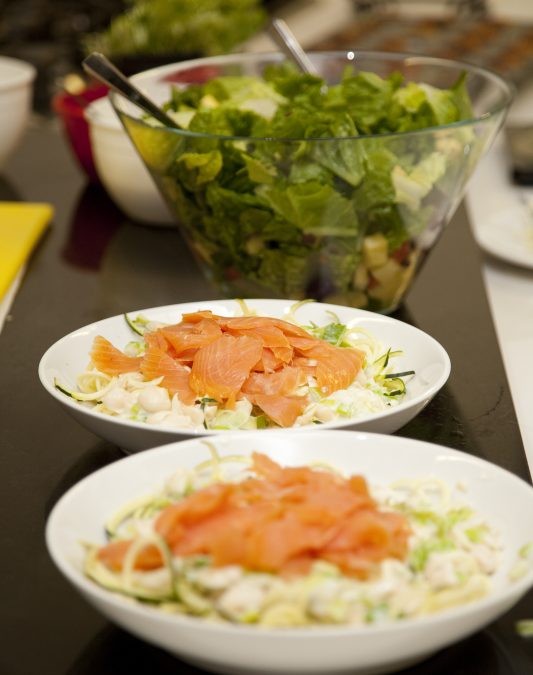 The real food movement has taken a massive step forwards, as some of the biggest names in the low carb world came together at the Public Health Collaboration Annual Conference in Manchester recently.

Most of the speakers were on the medical side, but two patient stories really drove home one key message – that the current dietary guidelines are driving us in the wrong direction. It didn’t stop there – two GP surgeries presented outstanding results and described very happy patients, whilst two speakers from the online world showcased the potential for change. In total 20 experts were on hand to share their views and inspire us to consider the power of food as medicine.

Patient stories
Ivor Cummins gave a colourful presentation around his own health journey. A routine blood test showed massively elevated GGT (a liver marker), ferritin, and high cholesterol. Unsatisfied with the views of three medical professionals he applied his own logical thinking as an engineer & problem solver and set about to establish any root causes himself.

His findings very quickly discovered a link of high GGT & ferritin with insulin resistance, a foundation of the metabolic syndrome, which gives rise to diabetes. Armed with this information he then learnt that the most effective way forwards was to embark on a low carb real food diet – the opposite of the medical recommendations. This approach enabled him to make dramatic health improvements, lose weight and normalise blood readings, thus potentially taking him away from a situation of impending cardiac risk.

A second patient advocacy presentation came from Laura Scruton, who painted a picture of her 23 years since diagnosis of diabetes, initially gestational and then Type 2. With a strong family history of T2D, she stuck rigidly to the government ‘healthy eating’ guidelines and was rewarded with progressively deteriorating health including obesity, chronic tiredness, carpal tunnel syndrome & rheumatoid arthritis in addition to worsening blood sugar control. Her dietary intake was based primarily on low fat, high carbohydrate foods.

In despair she turned to the internet and started to experiment with real foods (meat, fish, nuts, seeds, vegetables) and eliminated the refined wholegrains which had previously been the basis of her diet. Again her health transformed and today she is slim, active and exceedingly healthy.

NHS surgeries
Patient stories are all well and good, but what about the bigger picture? Two NHS GPs presented compelling statistics on their own patient populations, demonstrating massive shifts in health and corresponding reductions in prescribing costs.

Dr David Unwin has a practice in Southport and began to experiment with dietary advice following a routine appointment with a previously diabetic patient who had reversed her disease through dietary advice via Diabetes.co.uk. There began a journey of discovery and over the last 4 years Dr Unwin together with his wife, Clinical Psychologist Dr Jen Unwin, have run patient programmes and converted their whole practice. They have developed impactful diagrams showing the sugar impact of regular foods such as bread to assist his patients in making better decisions around food.

Data was presented for 125 patients across a 15 month period which showed reduction in HbA1C (a measure of blood glucose control) and weight, together with improved lipid profiles, blood pressure and liver markers. At the same time diabetic prescribing costs have reduced by £38k over a 12 month period.

Dr Kesar Sadhra, a GP from Slough in Berkshire, is replicating these results. His practice has a high proportion of Asian’s, a population which has a high incidence of T2Diabetes. Again Dr Sadhra was able to demonstrate significant drops in patient blood glucose levels and improvement in other health indicators.

Web based programmes
Stepping up yet again, the impact of internet based dietary programmes has really taken low carb to a wide audience.

Diabetes.co.uk are now an established force in the diabetic world, and Charlotte Summers presented details of their online programme. She is working on publishing a study with the University of Michigan in July 2017, and the headlines are:

– 1 in 2 placed T2Diabetes into remission

Andreas Eenfeldt MD has long been involved in the low carb movement and his website DietDoctor.com currently boasts 200,000 daily visitors with 35,000 members on his low carb online programme. He described low carb as an ‘idea who’s time has come’ and discussed some of the forces which provide resistance to change. He believes the solution is to empower people to make bottom up change, and this can be fuelled via the internet.

Type 1 & Type 2
The focus of this conference was Type 2 diabetes, a condition where insulin resistance drives high blood sugar levels. However Southwest UK GP, Dr Ian Lake, suggests T1 can also benefit (T1 is caused by an auto-immune attack of the pancreas resulting in reduced insulin production). Although I wasn’t able to attend Dr Lake’s presentation (which clashed with another workshop) I met him over lunch where he was happy to discuss his own experience as a T1Diabetic using low carb diets and the resulting improved health he has achieved for both himself and with patients.

When not to eat
It’s not just about what we eat, but also when we eat. Dr Jason Fung is an expert in therapeutic fasting, and demolished the current ‘eat less move more’ advice with research. He explained how  fasting – which can be alternate day, time restricted or for longer periods – maintains metabolic rate as the fuel supply is switched from dietary intake to ketosis, or the use of stored fat as fuel. As a result hunger is dissipated, which makes this way of eating sustainable. He explained that INSULIN is the hormone which PREVENTS ketosis, and fasting is an effective way to reduce insulin levels.

This is just a snapshot of the two day conference which will soon be online to reach a wider audience. We heard from many, many more esteemed speakers, most of whom were medics, and all were passionate about the impact that diet could potentially deliver both to the health of the nation, and also the survival of our NHS.